The 8 best free alternatives to Zoom (and most are better than Zoom too!)

Somehow Zoom have managed to become the 21st century Biro

As they say, ‘other brands of video conferencing software are available’, so why has ‘to Zoom’ become a verb?  The pandemic has even launched Zoom into the Oxford English Dictionary, becoming one of its words for the year for 2020!  They’ve managed to achieve what very few with the exception of Mr Hoover and Mr Biro have ever managed to do.

Zoom has found itself drowning in revenue.  2020 saw its turnover increase by 326%, its share price rocketed, Zoom meetings increasing by 2900% and the number of users expanded by thousands of percentage points.

How did they do this?

As you’ll see from reading this article, while Zoom is good, it doesn’t have market leading functionality and isn’t a great bargain so it’s not clear why it has been so successful.  It could be their marketing which has been viewed as both good and clever (although I personally haven’t seen too much of it).  It could be the cool sounding name or maybe an element of luck but Zoom seems to have made it to the top with ease. Having established itself early on in the pandemic I suspect inertia will make sure its reign as a leader is assured for a while yet.  Even the story about the company being mostly based in China with the attendant suspicion of surveillance (the UK intelligence agencies banned all use of it for classified government business in April 2020 for this reason) and being happy to conform with Chinese government orders to ban named users seems to have had little effect on its meteoric rise (maybe Huawei and TikTok should be asking Zoom for tips!).

The free version of Zoom limits you to 40 minute video call duration, up to 100 participants, no option for telephone dial in and no cloud recording.  Break out rooms are also included in the free version.  Paid versions start at $14.90 per month which has no limit on meeting length, telephone dial in and up to 1GB of cloud storage for recordings but participants are still limited to 100.  Neither the free or paid for versions represent anywhere near the best deal available.

So let’s have a look at the best free alternatives to Zoom.

It’s hard to see past Glip as one of the best on the market.  The free version gives you:

There is only one paying version at $11.99 per user per month and that gives you up to 200 participants, 100 hours of recordings and more admin functionality.  It’s genuinely quite hard to see why anyone would pick Zoom over Glip.  Both the free and paid versions are a better deal than Zoom!

Lark is an almost unbelievable bargain! You can just download Lark Meetings if you’re only looking for free alternatives to Zoom, but also on offer is Lark Suite.  Lark Suite gives you so much more with messaging, cloud storage and AI language translations as well as being able to build workflows, all for free!

Not so much just a free alternative to Zoom as an entire free collaboration app.  There is a paid enterprise version which gives unlimited cloud storage and 24×5 high priority support.   I’m starting to tire of saying this, but why would you pick Zoom over Lark?

Google Meet is a mature video conferencing package that works from a browser and doesn’t need a software download.  It also benefits from a number of free add-ons available from the Google App Store like break-out rooms.  Just go to the App Store and search for Meet.

Paying versions start at $7.99 per user per month and include recording and telephone dial in as well as a whole lot of other features.  It also has the positive of very close integrations with the other Google tools like Calendar and Drive.   The paid features start at nearly half of Zoom’s starting prices so once again it’s hard to see why you’d pick Zoom over Google Meet.  If you’re interested in a paying version of Google Suite then e-mail us – we can provide you with discount codes that will give you 10% off.

The interestingly named Butter has to be the coolest video conferencing package on offer.  Butter was devised with workshops and training in mind, so its creators wanted to make sure it was fun to use to reduce the likelihood of boredom in longer meetings.  They’ve definitely succeeded and this works for shorter meetings too.  Butter really is different and fun. You can for instance make your waiting room page as quirky and unique as you want and have your favourite music play there if that’s how the mood takes you.  Been in a meeting where you can’t get a word in edgeways?  Butter fixes that by allowing you to notify the meeting chair that you want to talk and it adds you to a queue.  Lots of other stuff comes for free too like polls, session planners and breakout rooms.  So, if you’re looking for free alternatives to Zoom this package isn’t just better than Zoom, it hits it out of the park!

Paying versions start at $30 per month but unlike the other packages here it allows co-facilitators who can be free users to set up meetings, so one monthly subscription can go a long way.  If you run workshops or training then you should definitely look at the paying versions of Butter.  It’s an innovative and very well thought out piece of software.   If you want to see what its users think about it then join their community or ask for a demo.  We really like Butter and will put together a full review shortly.

Microsoft Teams free is also a good deal and of course gives you a slice of Office365 bundled in with limited online versions of Word, Excel and PowerPoint together with messaging for up to 500 users.  So I’m going to have to say it again, but it’s a far better deal than Zoom!

Cisco Webex has been around for a very long time.  In fact Eric Yuan, a former corporate vice president for Cisco Webex left Cisco in 2011 with 40 of their engineers in tow to start Zoom.  So it’s a mature package and it too offers a better free deal than Zoom as well as very capable paid for options.

Paying options start $13.50 per person per month and include unlimited meeting length, up to 150 participants, cloud storage of recordings (around 50 hours capacity) and break out sessions.

Whereby is perhaps the only Norwegian alternative to Zoom!  Whereby is nice and easy to use, needs no downloaded app and works from a browser.

The paying versions at $6.99 per user per month has no time limit on meeting duration and unlimited recordings.  So we’re going to have to break the mould on this one!  Apart from Norwegians being lovely people, we don’t see too many reasons to recommend Whereby over Zoom.

Jitsi is a totally free, open source package that comes in a few incarnations.  You can download the source code and run it on your own servers or integrate it into a package that you’re writing or you can go to Jitsi Meet or you can use 8×8 which is a fully professional service.   Whichever way you go, Jitsi is a very capable package.

Paying versions of 8×8 start at $15 per user per month and include up to 100 participants with no time limits, toll free telephone dial-in, meeting recording, YouTube streaming and advanced analytics.

It’s hard to justify why anyone would want to use Zoom when there are so many free alternatives that deliver far more.  That also applies to the paying versions of these packages where Zoom looks expensive for what you get compared to most of its competitors.  So why not try one of the others, they’re free, often work from a browser so are genuinely device independent and most deliver more than Zoom.

Enjoyed our review of free alternatives to Zoom ? Look at our other product reviews in our reviews section.

Articles and reviews on this site are written from an unbiased viewpoint.  We only review products which are relevant to Remote Work or Project Management and ones we believe in.  Once this review of free alternatives to Zoom was written we looked to see if some of the links could generate affiliate income.  It won’t make us rich but it helps pay the rent! 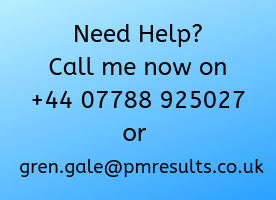