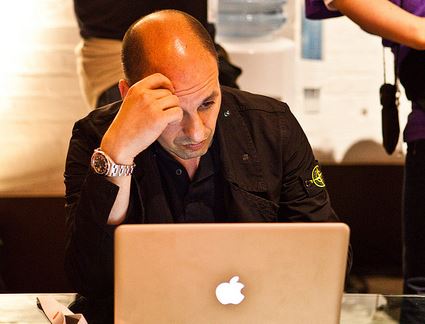 It’s a well-used axiom that failure is a very important step on the road to success and if someone tells you they’ve never failed, they’re either covering something up or they really haven’t done very much at all.

I’ve known people who have experienced multiple business failures before they learned from their mistakes, got the hang of it and then went on to realise huge success. Even politicians have finally caught on to the idea that apologizing for a failure, rather than trying to avoid admitting to making any mistakes, isn’t such a bad idea. Expect a few – but not too many apologies to feature in the forthcoming UK election campaign.

I did come across someone a number of years ago, who appeared to be the exception to the rule. He had run a lot of projects and appeared to have an unblemished record of success.

He was a Project Manager working in a company that had suffered recurring rounds of redundancies, so the general air around the place was one of insecurity and some fear. This atmosphere worked well for him and he used it to his advantage to pressure staff into working longer hours and also demand that they booked any hours in excess of his budget, to other activities. If they didn’t …..well he would be giving them bad press further up the management line.

So while his success was based on bullying and fraud, it worked pretty well until someone finally uncovered what was going on.

While it wasn’t a lot of fun for his project team, he was probably doing himself more damage than them. Once he was returned to the real world and having to face situations where things actually went wrong, he didn’t have any bad experiences to fall back on to inform him how to cope.

Of course, he was really the one who had been living in fear, rather than his project team. I sometimes wonder how things turned out for him.

Nothing beats failure, to learn how to do things well. While it rarely feels that way at the time, the more painful it is, the more likely you are to learn from it. The main thing is to accept that sooner or later failure is inevitable, so when it comes, drop the guilt and the feelings of lost pride and concentrate on what you’ve learned.