“Your screen is frozen!” 6 ways to beat the video conference screen freeze 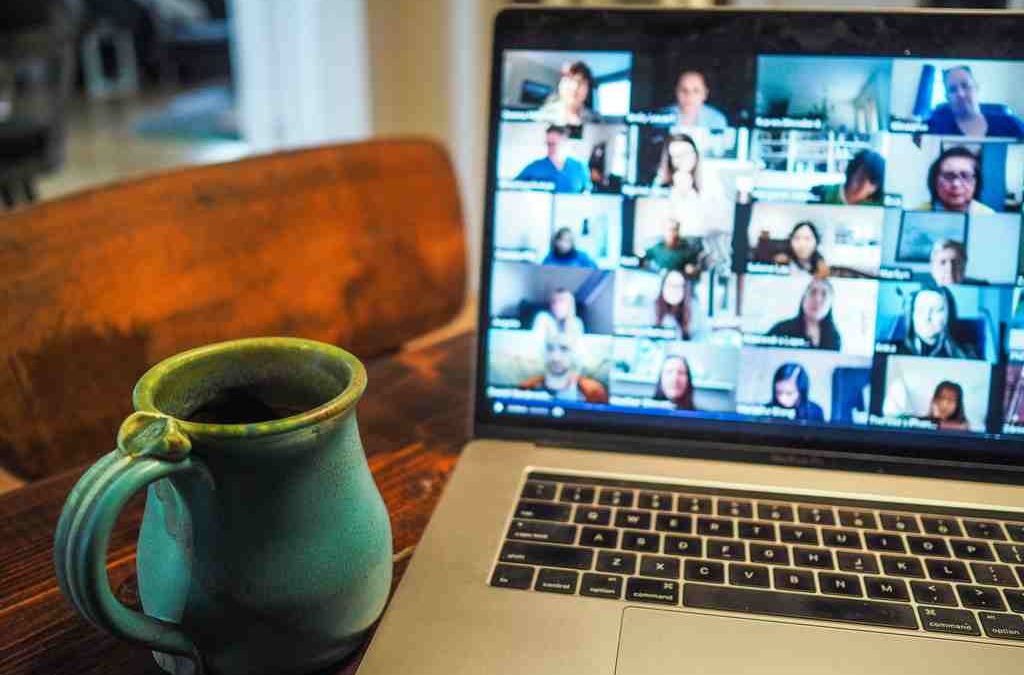 So why does my video conference screen freeze?

As the use of video conferencing has exploded, so has frustration with the frequency of video conference screen freeze, jerkiness and loss of sync between audio and video that everyone has experienced at one time or another.

So what is the problem?  Do you need to splash out on faster broadband?  Are the issues with the video conference software, the people you’re video conferencing with, your WiFi or the Internet?  Well the answer is yes to at least one of those.

But I never have issues with Netflix and Prime – why only with video conferences?

What many people can’t understand is that this only seems to happen with their video conference calls.  The internet works fine when they’re watching sport or streaming movies. More than that they’re already already paying big for superfast internet.  So what is going on?

Let’s get the streaming movies and sport comparison out of the way.  All streaming providers buffer content, that is to say they’re ahead of where you are in the movie or match, so any glitches can be smoothed out before they reach your screen.

A quick explanation of how video conferencing works

It also helps to understand how video conferencing over the internet works.  What the video conference application is doing is splitting the video and audio into smallish packets and then sending them over the internet to whoever you’re talking to.  At the other end the packets are reassembled into the picture and sound you see/hear.  All of this is all happening in real time and what’s more because it is interactive, video conferencing uses both download (the impressive speed that the ISP advertised to you when you paid generously for their service) and upload (the rather less impressive speed they tend to keep in the small print).

Issue 1 – It could be about bandwidth

So where do things go wrong?  The simplest reason is that you don’t have enough bandwidth.  Video conferencing in HD only requires about 2Mbits download and 1Mbit upload which isn’t a lot, but can be a challenge in some circumstances.   Some of the cheaper internet deals involve a degree of sharing of the cables outside of your house that the pricier ones don’t.  Inside your house if others are making heavy use of the internet that could be an issue and remember that devices not in use but just switched on can be using bandwidth with automatic updates, downloads and back-ups going on all of the time.

ISPs also turn down internet speeds temporarily when demand gets very high.  In many cases it’s the final part of the connection that makes a big difference to what speeds you can get.  Unless you’re on cable right to your front door, you’ll almost certainly be connected by copper wire to either cable or more copper wire and with copper wire the further you are away from your exchange the worse speeds you’ll get.  Use a bandwidth checker to find the average speed of your connection.

Issue 2 – Those pesky packets can get lost

The other place things can fall apart is in the complexity of the internet.  Those video and audio packets can get lost or arrive late through the collection of copper wires, fibre cables, routers and servers between you and the people that you’re video conferencing with.   Video conferencing software does its best to avoid this but unlike the streamed movies, everything has to happen real time so there isn’t a lot of time to compensate and this turns into jitter and freezes while everything tries to sort itself out.  Sound and video are usually sent as separate packets and can get out of sync which is something you often see with mouths working on the screen but audio delayed.

Issue 3 – Or it could be your WiFi

Then there’s WiFi!  Houses are full of devices that can interfere with WiFi e.g. microwave ovens, wireless speakers, baby monitors, walkie talkies, cordless home phones, hearing aids, fridges and your neighbour’s WiFi.  Walls of course also interfere with WiFi as especially does metal and anything mirrored.

So you can probably see that there is a fair bit of potential for your poor hard working video conferencing application to get screwed up.

Issue 4 – Are you using the mobile internet?

As I’m sure you’ve noticed there are lots of things that can affect your phone signal and while video conferencing is relatively low bandwidth, these can have a dramatic effect on the quality of your call.  The signal is likely to be poorer in crowded places where large numbers of people are trying to connect to the same cell at the same time.  Your distance from the nearest cell tower will make a difference too as will the weather and so too whether you’re indoors or outdoors.  If you’re video conferencing on the move then all of these things may affect you at different times during the call.  The bottom line is that if you’re using the mobile internet and particularly if you’re on the move then video conference screen freeze is likely to be the norm.

Issue 5 – It could be your microphone

Most microphones built into laptops aren’t very good and worse still they have limited range, so one second you’re in range and being picked up loud and clear but with one head movement move out of range and the sound cuts totally.   You’d expect the sound to diminish but with some mics it doesn’t diminish it cuts out totally!  This can sound identical to networking problems with the sound breaking in and out.  It won’t happen with decent webcams or with headsets or decent microphones.  This is easy to test – use a voice recorder (one comes free with Windows) and try recording a few feet away from the computer – if you hear nothing, you’ve got a problem!  So you may want to invest in a better webcam which will not only resolve the sound issue but give lovely clear images even in poor light.  You’ll find huge numbers of good looking cheap webcams on Amazon but if you want a guarantee of quality, we recommend you limit your choice to Logitech or Microsoft. We use the Logitech C930e 1080P HD Video Webcam – bang for buck we think it’s the best Webcam on the market and has excellent dual stereo microphones with noise suppression built in.  If you want to hear how good its microphone sounds then check out our review of the Logitech c930. The slightly less expensive Logitech HD Pro Webcam C920 is also an excellent webcam with a good quality microphone or if you prefer Microsoft The Microsoft LifeCam Studio for Business is also a high quality piece of kit.  If you want to just buy a better microphone then there are loads on Amazon at $15 or less – this is a decent one.

6 ways to beat it

A back-up plan is the only remedy that’s guaranteed to work – sooner or later you’re going to experience the dreaded video conference screen freeze, sound loss or jitter and you need to know what to do when it happens.

Articles and reviews on this site are written from an unbiased viewpoint. Once written we look to see if some of the links can generate affiliate income. It won’t make us rich but it helps pay the rent!