Remote Project Management is coming. Are you ready? 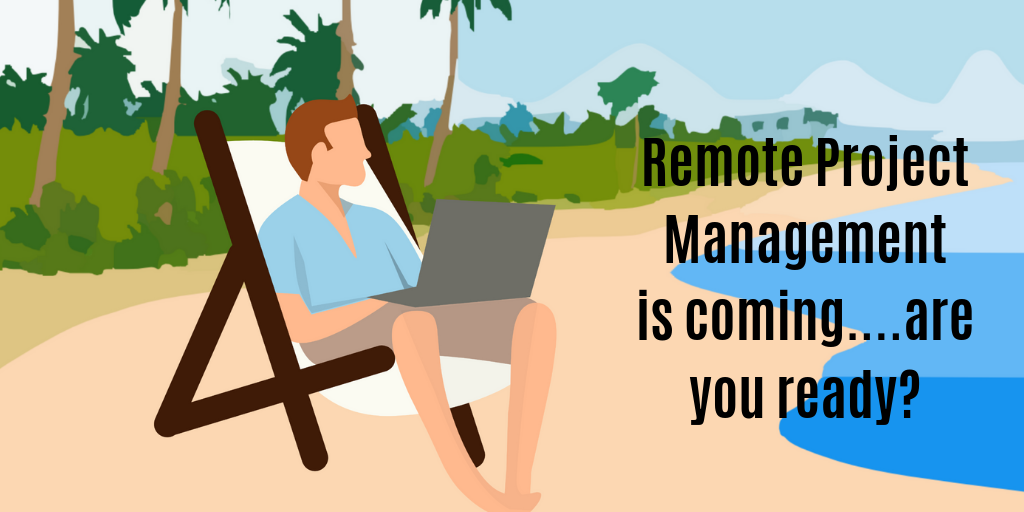 Teams are increasingly dispersed around the world

The times when a project team were all located together in the same office are fast disappearing and increasingly project managers are being asked to organise disparate groups in many different locations across the world.  Language and cultural differences as well as limitations with technology and communications make each assignment a unique challenge.

This can result in a host of new demands on project managers that barely existed as little as ten years ago…..as if the job wasn’t difficult enough already!!

The incidence of remote working is increasing rapidly

The COVID-19 epidemic has transformed remote working.  Companies faced with the choice of stopping work or sending employees home with their laptops chose the latter.  The epidemic caused a switch from evolution to revolution in remote working .  Companies and employees were both able to see that home working can really work and became comfortable with both the practice and the technology. Even before COVID-19 remote working was on the move and with the advantages it confers to both employees and employers, it looks like it’s here to stay.  A 2016 study conducted by Vodafone involving 8,000 global employees and employers found that three-quarters of companies worldwide had already switched to more flexible working practices. 61% believe that it had increased the company’s profits and 83% reported a boost in productivity (Flexible: friend or foe? – by Vodafone 8 Feb 2016)

Clearly not having to pay for office rents and heating and lighting is a big bonus for companies.  In 2016, Dell announced plans to further expand its telecommuting and remote work initiatives, citing $12 million in annual savings from reduced office space cost (Dell really wants you to work from home … if you want – by Jeanne Sahad CNN Money June 9 2016).

Faster communications, scarcity of key skills and limits on migration are driving growth in this area

Faster and cheaper internet access and the exponential growth of the cloud is making the world ever smaller.  Companies who need to source scarce skills that they can’t find locally are now finding that they can easily tap into a much larger pool of highly skilled resource world-wide.  The world’s most valuable resource is knowledge and the market for services and skills is becoming truly global.  In a crowded world, limiting migration is being seen as a political priority for a growing number of governments and in this environment the trend towards employing off-shore expertise is only likely to grow. 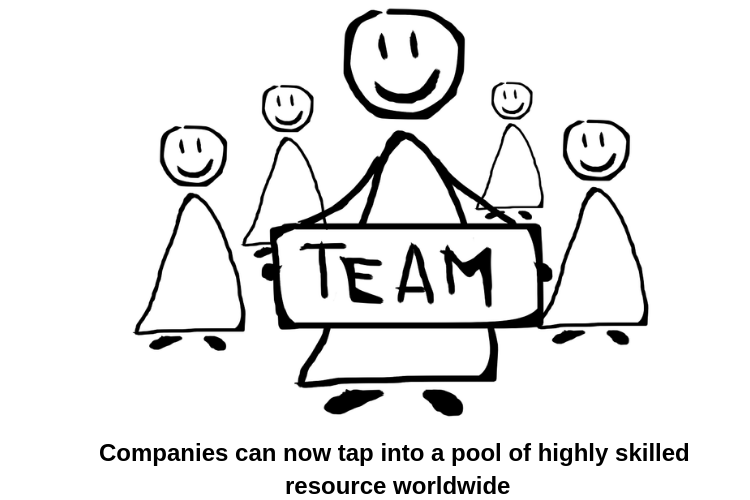 Soft skills are as important as the technology

Many of the approaches that the best project managers use are far more difficult to deploy in an environment where often they’re a disembodied voice in a conference call.  Eye contact, body language and the feedback you gain from being in close proximity is either lost or depreciated.  More than that, chasing people down for a brief discussion gets trickier.  Informality becomes more difficult to achieve and it gets a whole lot harder to pick up on the mood of both individuals and the wider organisation.  This is an environment that amplifies the potential for misunderstandings and mistrust.  The term ‘remote’ is true on so many levels.

The absence of the face-to-face element also restricts the ability to build personal relationships.  Things can get very stilted and it’s far more difficult to get to know someone just from chats on audio calls.  Getting to know you better over a beer as commonly happens in Europe and the US or over coffee and cakes as is popular in the Middle East is a whole lot less likely to happen.

Language, time zones and cultural differences add to the difficulties

Language and accents can be problematic particularly where the quality of the audio link is poor.  Cultural issues, especially with the lack of non-verbal feedback are a minefield where slights can be made without realising it no matter how polite and careful you are.  On top of that working with people in different time zones can play havoc with family and social life as the division between work and leisure time becomes ever more fuzzy.